No More Heroes was initially developed as a stand-alone title, as evidenced by THIS old interview.

Is No More Heroes set in the same universe as your past games? There are clear references to Killer7 and Michigan in No More Heroes.
(After five minutes discussing whether Michigan was released in Europe or not… And it was… Which seems to genuinely surprise Suda…) No.

For that reason, the first two games in the series lack any serious connection to any other KTP game, outside of the obvious focus on a character that has erased his own past. Minor connections include a few Killer7-related easter eggs, Bad Girl employing a cloning machine reminiscent of the technology seen on Lospass Island, and a brief cameo by an Emir Parkreiner lookalike (with the previous interview confirming that it was, in fact, not Emir.)

An actual story connection was not set up until the spin-off game Travis Strikes Again, which connected directly with the then recently remade The 25th Ward.

One of the endings of The 25th Ward sees Kamui Uehara being transported into the future by Red and Blue to assist a certain Mr. TD.

Uehara actually does show up in Travis Strikes Again, and this scenario is played out in the first and sixth chapters of the Visual Novel, Travis Strikes Back, revealing Mr. TD as being Travis TouchDown himself:

Not only that, but Travis actually travels to the 25th ward itself (renamed to 0 Ward after the controlled demolition seen at the end of the game, reframed as an artificially induced earthquake called the “Rage Earth” in TSA) in the fourth chapter, “Modern Observation”:

Returning characters include Chiruko/Chillko Takahashi (I suspect Chiruko, the ESPer girl seen working with Koshimizu Yoshimitsu, and the bike delivery girl seen working with Shinko Kuroyanagi, might have been initially intended to be two different characters, seeing their different portraits, but in the remake they seem to have been fused into a singular character, and that’s how they appear in TSA), Mokutaro Shiroyabu and Kousuke Kurumizawa, who has relocated to the building where Kinijo’s machiko was living during the events of The 25th Ward.
(Kinijo, aka GoodLookingGuy, was in league with Kurumizawa during the events of 25W; making it possible that Kurumizawa was the original owner of the building.) 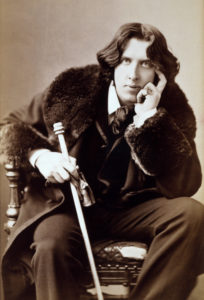 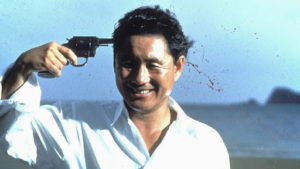