Lospass island, home to the Flower, Sun and Rain Hotel, is the finest resort on Earth where you can forget about time.
Lospass island is also a land that has lost its past, where the same day repeats, seemingly without end.
Lospass island is in the crosshairs of a nefarious terrorist who has planted a bomb. Unless the bomb is found, it will keep exploding every day, the same day.
Edo Macalister, manager of the Flower, Sun and Rain Hotel, has hired the searcher, Sumio Mondo, to locate and dispose of the bomb. For what is the role of a searcher, if not to find what was lost?

Flower, Sun and Rain is an adventure/mistery game originally released on Japanese Playstation2 consoles in May 2001.

The game has been translated and re-released on Nintendo DS consoles worldwide through 2008 and 2009; However, the port has been substantially downgraded compared to the Playstation 2 version.

Suda has hinted at a possible remake/remaster coming later down the line. Meanwhile, you can either play the NDS version, or play the PS2 version while following along this script as it matches the official English translation. 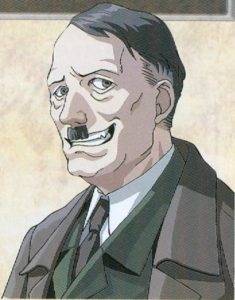