This is the place where you get to bitch & whine about that highly undignified console war. PSBore, XBONE, Pii U? You have no dignity. Pssh, none have dared or even succeeded to levitate themselves to the level of the PC MASTER RACE. Personally, I for one prize the sweet primal instincts of Arcade games.

Star Cruiser for the Genesis has been translated into English! Also, the one for the Sharp X68000 was translated a while back as well, but this is more accessible. 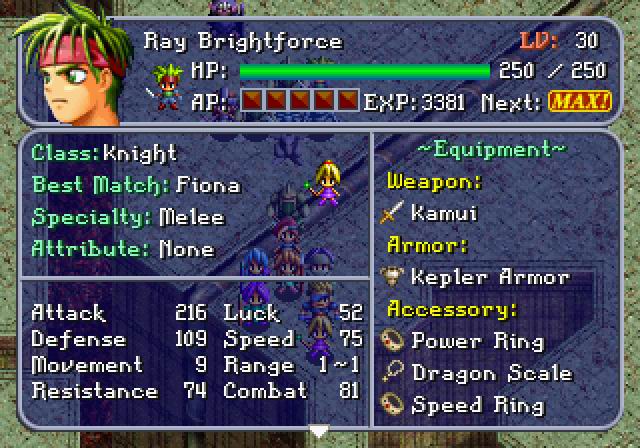 Also, I saw this Genesis translation of a game called Lord Monarch. I'll give that a shot too.
Top

LOL that game looked good until I saw that it's actually in fugly 3d.

I thought it was going to be lke Treasure Hunter G, since they have similar overhead gfx. THG is a good game, but I ain't gonna bother listing SNES translations since I'm pretty sure people around here would already know about all of those Squaresoft, Megaten & AGTP games.

It's a Survival Horror game, with a very familiar art style. I recognize that artist from somewhere, but I can't quite name it. Kinda looks like Soukaigi. I miss when anime actually used to look like real people.


This translation just came out today, for some game I never heard of called King of Crusher.
https://cdromance.com/psx-iso/hakaiou-k ... her-japan/

I have the following games emulated on Super Retrocade. I bought Retrocade for like only $40, when I check the price now it's well over $100. (Supe Retro can't run anything that uses 3d graphics. it even has problems with Star fox 2, Virtua Racing & the arcade versions of Killer Instinct 1 & 2, lol!)

I use some super emultator called OpenEmu for Mac which emulates nearly everything except Dreamcast, lol & Super Retrocade for Tvs.
I don't understand why Retrocade can't emulate Master System games, but it can run GBA & even some PC Engine games. The prob with GBA roms is that you can't customize them at all so you're stuck playing GBA games in full HD tv resolution which is fucking ugly since GBA games use assets that were meant for tiny screens that are barely the size of your thumb.


Final Fire Pro Wrestling GBA
https://cdromance.com/gba-roms/final-fi ... ing-japan/
This has that RPG Strategy game Management mode, which is really fun. It's more fun than actually playing the game at least. I don't understand how any one ever tried to play some fighting or wrestling game on GBA, with shitty GBA controls.

Super Fire Pro X is the best, and I do have it emulated in English, but that site doesn't have the english version for some reason.

War of the Dead

This game is badass. I don't remember where I got the English rom though.
WOTD is exactly what I loved about old games that came in during the transition period between late NES & early SNES. They constantly defied genres and for some reason they always had much darker stories.

This is the Falcom that I miss. I can't stand modern Falcom's shitty harem animu art. I miss the days when even Ys was metal as hell. Falcom still makes the best OSTs ever, but I think their 3d graphic design & modern art style are both generic as fuck.
I thought the SNES ost was good, but the original PC-98 blows it away.

It's coz PC-98 games seem to use the same exact sound chip as Sega Genesis games.
I know Brandish ain't forgotten, coz Falcom remixed Dela's theme for Ys 8.

It's not Phantasy Star 4, but I would've preferred it over PS2 & 3 though. It's pretty advanced looking for a rpg of its era with fully animated (but goofy looking) combat. The dialogue is also much more mature than most rpgs from that era, but it's a modern day translation so that doesn't really count
I don't remember where I got this game. It wasn't CDromance, they didn't finally get Genesis games until a few months ago.
I prefer Genesis rpgs, for some reason they always seem to be modeled after PC rpgs from the early 90s.

This game is really badass. Shining Force 2 is better overall, but there's nothing else like it on SNES.

I really gotta play muh retrocade some time. All i ever do is play F2P games on Switch.


Some cool hacks.
Persona 3 PSP MOD that has Raido & Demi Fiend in it.


Clock Tower Deluxe version. (It added in content from the PSX version.)
https://cdromance.com/snes-rom/clock-tower-deluxe-hack/

Streets of Rage 2 Syndicate Wars (You can also emulate this on steam, through the shitty Sega collection.)
You have Mania unlocked by default, and you can get an AI ally, I use the Jetpack guy, BlankaVega or Russian Bear as my partners coz they're usually the only 3 who can actually survive the first level on Mania. The Ally Ai is good. It's just that CPU enemy AI on Mania is insane.

This hack is better than Streets of Rage 4

I skipped out on the physical version of SOR4 coz the morons who made SOR4 actually patched the game to make Mania mode easier. The fuck? I actually thought SOR4 was pretty good back when it first came out, but now in days I just get bored when I play it coz they Re-patched it, and then made everything too easy just to appeal to crybabies who complained that they couldn't beat Mania mode.
That's the fucking point. You weren't supposed to be able to beat Mania until you've mastered the game. Granted I beat it on Mania on my first playthrough.

I remember seeing that horror game on a list of Japan only Dreamcast games. Its one of the 3 DC games I've been waiting to get an English translation, along with that Sub game that finally got translated not to long ago, and Despiria.

I saw that king crusher game on a list of weird PS1 games on this Japanese gaming channel.

Never heard of Star Odyssey. I'll have to check that out when I get a chance. That War of the Dead game does NOT look fun. It looks like Zelda 2, but with random battle with encounter rates worse than SMT3, and the fights look like they take a long time. I'll have to pass on that.

I played the SNES version of Brandish 2. It was alright. I need to go play some of Falcom's older games.

I need to start checking out more Japanese doujin games. Unlike American indie shit, these seem to have real effort put into them. will reup if pics not load
wow.. we're sky high.. that shark we just jumped over is tiny.. we're so high right now (c)
Top

CJ Iwakura coming through again. I've always wanted to play SE:L game for the PS1. Looks like its been redone from the ground up for PC. Looking forward to this one.

Krizzx wrote: ↑
Wed Mar 31, 2021 9:21 pm
CJ Iwakura coming through again. I've always wanted to play SE:L game for the PS1. Looks like its been redone from the ground up for PC. Looking forward to this one.

Fuck CJ. He's the one who basically cancelled me from the internet and called me "GOP" based off of posts I wrote back in 2007. Funny thing is, I wasn't even Cuckservative or right wing in 2007 so who knows what he's talking about. (Anyone to the Right of his big lard ass is verboten to him.)
I was LOLbertarian. Not that there's anything wrong with being Right wing, that's self conservation, in my context, that's conservation from White people like him! Exactly what I've been saying. These fat White motherfuckers constantly gentrifying & colonizing the entire world to force us to live like a Fat Consumerist White faggot, & love the trannies as they do. CJ is a fucking pedo mang. I don't say that lightly.

I've been nothing but nice to that fat balding idiot, but then he just fucks me over like a typical White fat piece of shit.
It's why I fucking hate White Liberals. They're the most racist people of all time. He tried accusing me of being Xed & Jon Tanna, coz we're all some shade of Brown (Italian Jew, Spanish Japanese, English Indian) and he thinks we all look the same, lol.

Damn that's good sprite work. Should've changed her face though. Blaze is a LAAAtina in SOR4.